is your body aging faster than you are?

As we age, hormone levels in the body naturally readjust. When hormone levels start fluctuating or dropping, individuals can experience a wide range of symptoms and ultimately feel aged beyond their years. Hormone levels impact nearly every system of the body, and a hormone imbalance can lead to many undesirable mental, physical, and emotional side effects. Bio-identical Hormone Replacement Therapy (BHRT) can offer a viable option for treating hormone depletion. By replacing hormones with a precise bioidentical match, it is possible to alleviate negative effects of imbalanced hormones and restore many aspects of more youthful vitality. Our trained and certified providers can determine if treatment can help improve your quality of life. 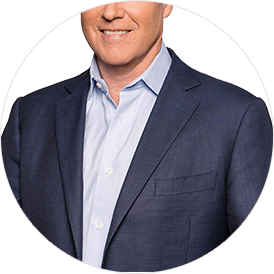 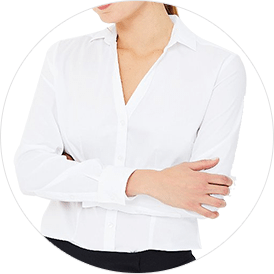 Myths About Testosterone in Women

What are Pellet Therapy Side Effects?
BioTE® Medical’s hormone pellet therapy side effects are minimal when compared to other hormone delivery methods. That’s because BHRT pellet therapy delivers consistent amounts of hormones 24 hours a day, for 4 to 6 months.
How often will I need treatment?
It depends on the person, but anywhere from 4-6 months.
What are Bioidentical hormones?
Bioidentical hormones are derived from a natural plant source and professionally compounded to be biologically identical to the human form of estradiol and testosterone. The body is given what it can no longer produce.
If I am a woman, do I still need estrogen?
Bioidentical absorbable estrogen is the most important hormone for a woman to protect her against heart attack, stroke, as well as osteoporosis and Alzheimer’s. Synthetic estrogen taken orally does not offer the universal benefits.
I have no libido, what will this do for that, if anything?
Good hormone balance should greatly improve your sexual desires.
Will I grow unwanted hair from the testosterone?
There is less chance of hair growth with bioidentical hormones than with synthetic treatments.
What is Hormone Pellet Therapy?
Pellet Therapy uses hormones derived from natural plant sources to replicate the body’s normal hormonal levels. Patients have found that bioidentical hormone replacement therapy with pellet implants is extremely effective. Implants, placed under the skin, consistently release small, physiologic doses of hormones providing optimal therapy.

Unlike typical oral and transdermal forms of therapy – which produce “roller coaster” hormone levels, resulting in mood and energy fluctuations for the patient – BioTE® Medical Hormone Pellet Therapy, is the only method of hormone therapy that provides sustained hormone levels throughout the day, for up to 4 to 6 months, without any “roller coaster” effect.

Because the hormones used are completely natural, Pellet Therapy is ideal for patients wanting the benefits of a natural hormone, without the drawbacks of a synthetic.
Hormone Pellet Therapy for Women
In studies, when compared to conventional hormone replacement therapy, pellets have been shown to be extremely effective for relief of menopausal symptoms, maintenance of bone density, restoration of sleep patterns, and improvement in sex drive, libido, sexual response and performance, relief of depression, anxiety, irritability, mood swings, and many others. Pellet implants have been used to treat migraine and menstrual headaches. It also helps with vaginal dryness, incontinence, urinary urgency and frequency, to name a few. Moreover, hundreds of studies show natural testosterone to be HIGHLY PREVENTATIVE against breast cancer, osteoporosis, Alzheimer’s dementia, to name a few.
Hormone Pellet Therapy for Men
Testosterone levels begin to decline in men beginning in their early 30′s. Most men need to be tested around 45 years of age. Symptoms of testosterone deficiency in men include fatigue, lack of mental acuity, loss of libido, and difficulty achieving, or sustaining erection. It is never too late to benefit from hormone therapy.

Pellet Therapy achieves the sustained levels of testosterone that would be produced by normally functioning testicles. This form of therapy is the only kind that produces the natural level of hormone that men need. Because the testosterone used is totally natural, Pellet Therapy is ideal for men wanting the benefits of a natural hormone, without the drawbacks of a synthetic. Moreover, many studies show optimal testosterone levels in men , over 800, have preventative effects for many disease states such as: cardiovascular disease, Alzheimer’s disease, prostate cancer, osteoporosis, and more.

Typical oral and transdermal forms of therapy produce “roller coaster” blood levels of testosterone, which can result in mood and energy fluctuations for the patient. Roller coaster levels of hormones do not have the same long term benefits as steady state hormone in the bloodstream.
Will hormone therapy affect my current medications?
With feminizing hormone therapy, it helps suppress male characteristics while developing female characteristics. You’ll start experiencing growth in your breasts, more fat building up around your waist, a reduction in body hair, less muscle mass, and a difference in how much (or how often) you sweat.

With masculinizing hormone therapy, the opposite occurs. Your treatments start suppressing female characteristics while building up male characteristics. As your body begins to change, you’ll start to grow facial hair, have a lower voice, gain more muscle mass, notice more body hair, and experience a redistribution of your body fat.
What if my primary care physician says that there is ‘no data’ to support the use of pellet implants? And is it safe?
It’s about a patient making an informed choice. Researched and developed since 1939 in the US and Europe, there is a myriad of data to support the ‘long term’ safety and efficacy of hormones delivered by pellet implants. Bioidentical hormone Pellet Therapy is being used safely in 5 continents and has been studied for 8 decades, not only looking at safety and efficacy but the prevention of disease states such as breast cancer, heart disease, osteoporosis, Alzheimer’s dementia, Type 2 diabetes and so much more.

There are hundreds of studies available to practitioners with regards to hormone pellet therapy, unfortunately most do not know where to find them nor take or have the time to research the studies
Do I need other medications?
Women may also need progesterone to protect the uterine lining, unless the uterus has been removed.
How long does it take (Biote) hormone pellets to work?
About 3-5 weeks to see full effect

So what is the truth about it?It’s important to understand that each person’s body chemistry is a bit unique and can influence how the pellets are absorbed. Lifestyle and activity levels play a role as well. It also depends on which effects you are most interested in. So let’s split the effects into 2 categories. Short Term and Long Term effects of bio-identical hormone optimization
Why Haven’t I Heard of This Method Before?
Even though pellet therapy has been in use since the 1930’s, many have not heard of the treatment because pellets cannot be patented and marketed by pharmaceutical companies. Companies cannot profit from pellets in the same way they can from other hormones such as Estratest, Premarin, Provera or PremPro.
How Does Bio-Identical Pellet Therapy Work?
Pellet therapy has been in use since the 1930s, with a long history of safe, effective results. The pellets are small, about the size of a grain of rice, and comprised of compounded estrogen and testosterone, which are derived from natural plant sources—not synthetics—and designed to get the body back to optimal levels. Once placed under the skin, the pellet implants consistently release small, therapeutic doses of hormones into the bloodstream for approximately four to six months. This helps to provide optimal therapy without the “roller-coaster” effect common with some other hormone replacement methods. Pellet therapy has been shown to outperform all other delivery methods including oral, patch, creams, and injections for consistency and results.
Why are Bio-Identical Hormones the Safe Option?
In 2002, the Women’s Health Initiative (WHI) completed a clinical trial on the effects of combination hormone therapy. This study led many people to fear that hormone therapy could cause breast cancer, stroke, and heart disease. Though some invaluable findings resulted from the tests, there were a number of important points that were not made widely known.

First, in the original study, a synthetic progesterone, called Provera, together with an estrogen derived from pregnant horse’s urine, called Premarin, were determined to be the main cause for concern. The combination, which was marketed together as Prempro, resulted in a 24 percent increase in risk for breast cancer and heart disease for the women who took the combined synthetic hormones.

The participants who were under 60 years of age during the trial and took only the estrogen showed no increased risk for either breast cancer or heart disease. In fact, after five years of estrogen-only therapy, the same women showed 61 percent less calcified plaque in the arteries—a common indicator of heart disease—than the women assigned to the placebo.

Secondly, it’s important to note, bio-identical hormones were not utilized in any of these clinical trials. No published study to date has indicated an increased risk between breast cancer or heart disease and bio-identical progesterone. On the contrary, studies have shown the opposite, with bio-identical testosterone having been shown to be brain, breast, bone, and heart protective.

Investigations into implantable, pellet-based testosterone therapy have measured a reduction in the rates of breast cancer occurrence, as well as increased protection from cancer. Twenty years after the studies began, there were no demonstrable increases in breast cancer risk and, even in the cases of breast cancer survivors, pellet-based bio-identical hormone replacement therapy did not show an increase in either cancer recurrence or death.

Contrary to the confusion and apprehension the WHI study initiated, the majority of researchers now recommend that men and women can and should take bio-identical hormones to safely and effectively treat symptoms stemming from menopause, perimenopause, and andropause.
What Is the Difference Between Synthetic and Bio-Identical Hormones?
Derived from natural plant sources, bio-identical testosterone and estrogen (estradiol) have the same molecular structure as the body’s naturally-produced hormones. This is important, because without the same chemical structure the body will respond to the synthetic hormone as a foreign entity and reject it. The body cannot efficiently metabolize synthetic hormones, leading to inconsistent results and the possible interference with normal hormonal function. This could also potentially lead to serious side effects, as was the case with the combination synthetic progestins that were specifically shown to have caused the increase in cancer occurrence during the WHI clinical study.

On the contrary, bio-identical hormones are not man-made and do not use animal products. Due to the similarity between bio-identical hormones and naturally-produced ones, the body interacts instinctively with them, as if the bio-identical hormones were developed in the ovaries like a key fitting properly in a lock. Clinical studies performed during the past decade have proven the superiority of bio-identical pellet therapy, and the remarkable impact it has had on the men and women who use it without the side effects of synthetic drugs.

call us
text us